Customers are turning to messaging. Why aren’t agile companies doing the same?

If 2020 had a breakout star, messaging would be it. Usage of channels like WhatsApp and SMS (text) has grown faster than any other this year. And increasingly, customers are signaling that they want the convenience and familiarity of channels they already use in their personal lives.

What’s convenient for customers can also be convenient for teams. With messaging, agents can handle multiple issues at once. And a continuous record of the conversation means that anyone on the team can jump in and continue working on the problem.

It’s an efficient solution for times like these, when ticket volumes are high. And focusing on what customers want, or being a customer-centric business, can help a company deliver better experiences overall. But adoption rates among agile companies (those that have managed to keep resolution times from rising this year) have unexpectedly fallen. Why isn’t messaging playing a bigger role for companies that are successfully scaling their support operations?

Companies may need help getting started
Though agile companies are expanding the ways that customers can reach them, they’re turning to more familiar options like phone and chat support for help. Messaging adoption has actually fallen 2 percent since February, compared to a 16 percent rise in phone adoption. And if you’re just looking at social messaging channels (without SMS/text), it’s an even steeper drop. Rates have fallen 6 percent. 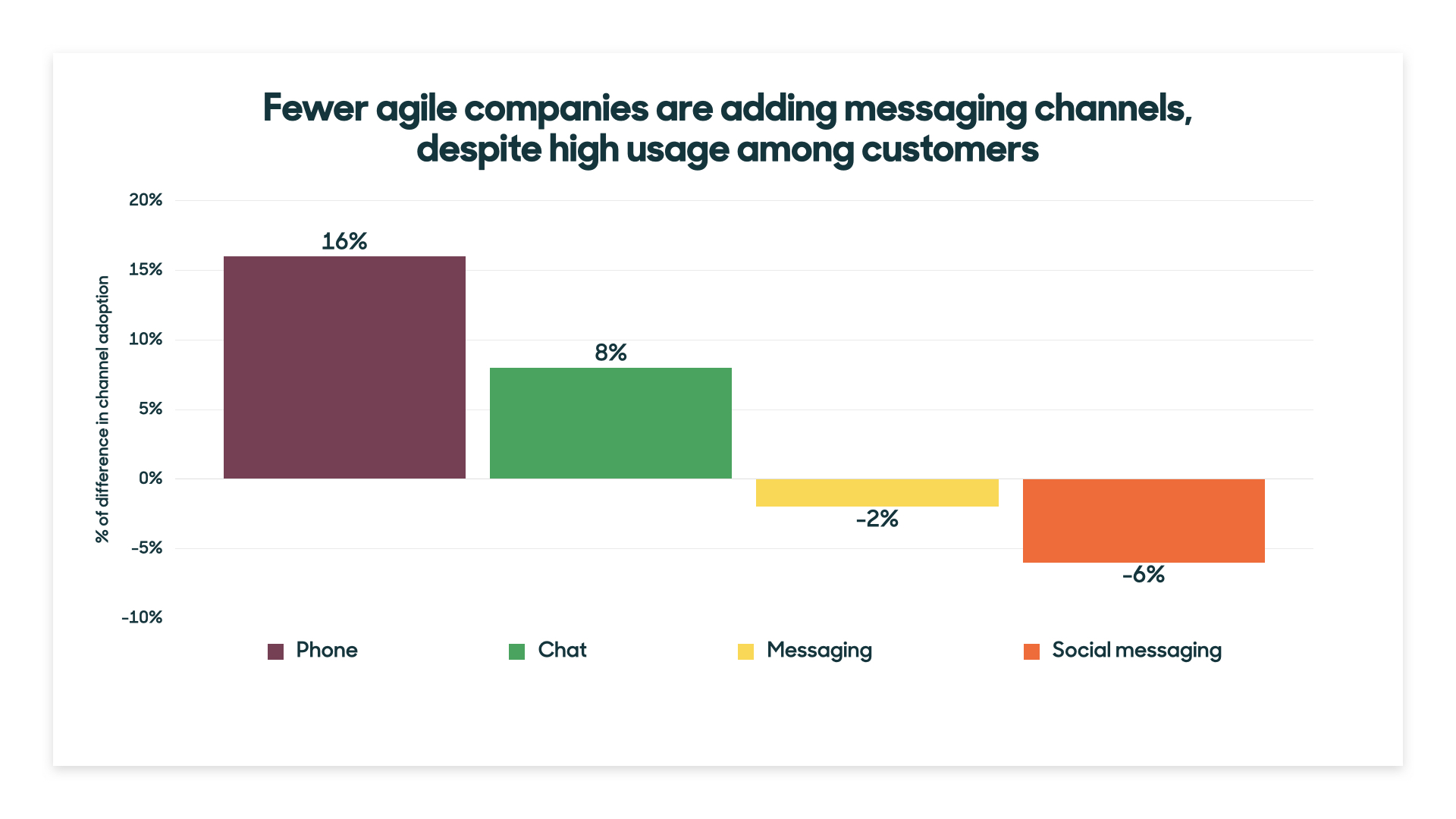 Adoption rates have also slowed in areas that typically have higher rates of messaging use: B2C companies (down 4 percent), e-commerce (down 9 percent), and companies in Latin America (down 1 percent). So, whatsapp-ening?

Lower adoption rates, even as customers flock to these channels, suggest that teams new to messaging may be unsure about how to get started. Or they may not know how to integrate these channels into their larger support strategies.

Scaling up is(n’t) hard to do
Businesses new to messaging may be slow to get started, but those who already have these channels are scaling up. And not just by adding agents.

Looking just at companies with high rates of growth (increases in ticket volume or staffing of 10 percent or more), 1 in 5 agile companies have seen tickets spike over channels like WhatsApp, Facebook Messenger, and SMS/text. And this number is even higher for agile companies in Latin America, those with fewer than 100 employees, and retailers.

To help them tackle the surge in messaging tickets, many companies are increasing their agent counts, and some considerably so. More than 10 percent have significantly boosted messaging support, with higher rates for larger companies (100 or more employees), and those in Asia-Pacific or North America.

These rates look impressive, but agile companies are actually dedicating fewer resources to these channels than, say, live channels like phone and chat support. Why? Because messaging support is much easier to scale. 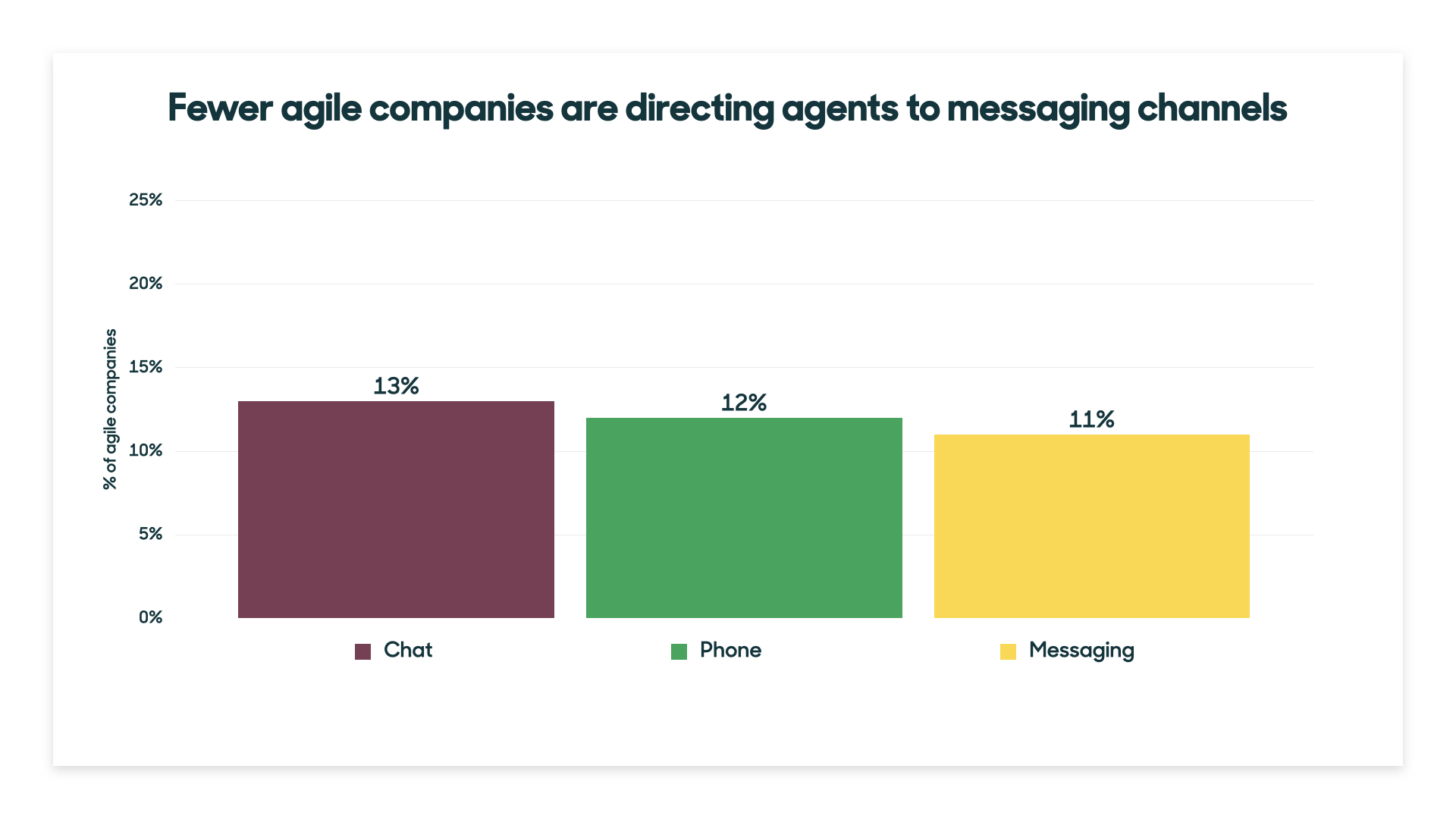 A single agent can only be on one phone call at a time, but that same agent can easily increase the number of customers they’re helping over text or messaging — just like they do with mom, dad, the babysitter, or their best friend. Scaling up on these channels doesn’t always require more agents to do so.

Setting teams up for messaging success
Agile companies are staying efficient during these volatile times. But with customer preferences changing, it’s a missed opportunity for many to not have messaging play a bigger role.

Tools like Zendesk’s Agent Workspace can help to streamline messaging support by funneling real-time conversations from customers’ preferred channels into one unified interface, alongside legacy channels like email and live chat. In addition to popular channels like WhatsApp and Facebook Messenger, this also includes newcomers like Apple Business Chat and even a company’s own web or mobie chat.

By following best practices around messaging support, teams can discover ways to deliver faster, better responses to their customers, while giving them the flexibility they want and have come to expect. 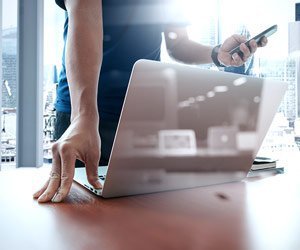