A new study reveals that, in jobs that include incentives as part of compensation, a gender pay gap exists despite women outperforming men in those roles.

The Xactly Corp. study surveyed more than 700 of its customers. Based in San Jose, Calif., Xactly provides sales performance management and automated incentive-tracking software that helps corporations determine how much their salespeople should be paid.

While most of the roles were sales-related, the study encompasses any job in which incentives are part of a worker's pay.

The study indicated that women generally outperformed men in terms of reaching their quotas (70% of women compared with 67% of men). Women, on average, received lower commission rates than men (4.8% for men; 4.1% for women) as well as lower total variable and base pay by more than $25,000. Female-led teams included equal numbers of both genders while male-led teams tended to hire more men. The study said that women stayed in their roles for longer than men by nearly one year.

Freshdesk Inc., a San Francisco-based provider of cloud-based customer support software, announced updates to its Freshfone platform that aims to make it easier for companies to offer help to customers without building regional contact centers.

Pricing for Freshfone starts at $1 a month for a phone number, with the option of adding more. Companies pay for the minutes spent on calls, while features such as automatic call recording, IVR (interactive voice response) support and agent transfers are free. The announcement comes a year after Freshdesk launched Freshfone.

Birst, a San Francisco-based cloud business intelligence and analytics software provider, looks to give marketers a single view of the customer with its new Marketing Analytics Accelerator. The tool, which integrates online and offline sources of marketing data, intends to increase opportunities to sell additional products and give a complete picture of a customer's profile as he moves from a prospect to a spending customer.

The Marketing Analytics Accelerator features customer profiling and segmentation capabilities and various dashboards for users to analyze data. It integrates with such platforms as Marketo, Salesforce and Google Analytics applications and provides key performance indicators, reports and data visualization capabilities.

The announcement follows news in early October that Birst partnered with SAP to provide SAP's Hana Cloud Platform with analytics.

Ben Rubenstein - 19 Nov 2014 1:33 PM
I'm not sure if this question is aimed at women who find out they're making less than their male peers, or a hypothetical about getting a reduced paycheck to help alleviate an existing gap between men and women. Obviously if it's the latter I would not be happy, even if I understood the reasoning. I think it's on the company to figure out ways to correct the issue moving forward, and not make decisions that penalize anyone.
[-]

Michael Larsen - 21 Nov 2014 9:57 AM
For me personally, if I was part of the discussion to determine how we would reach parity, and the team as a whole had a chance to review revenue and profit details, and other business costs and realities, I could see myself taking a shave to help someone else get a boost. If it were done by company fiat, then I'd be less enthusiastic. Overall, if someone is doing the same job with the same qualifications that I am doing, pay them what you are paying me. I'm fortunate in that the company I work for has pay parity. the roles and responsibilities define the pay, not the gender of the person doing the job.
[-]

abuell - 11 May 2015 11:46 AM
Well, I’m a woman, so I think the assumption here is that my pay could only go UP! Ha! Seriously though, people would leave in droves if there were widespread reductions in pay, for any reason. There is too much demand right now. I would say that no company would be so stupid as to do something like that, but I’ve seen some companies do some pretty stupid things, so I guess that I shouldn’t make that assumption.
[-]

ToddN2000 - 12 May 2015 1:11 PM
I feel it should be equal pay. If they have the same responsibilities and accountability if something goes wrong, the yes equal pay all the way. A lot of people I know are getting reductions in pay not not because of salary issues but due to medical benefits and perks being cut. Some companies are no longer offering a couples health plan. It's single or family. That means higher premiums and higher deductible. Others won't even cover a spouse if they have benefits at their place of employment. Those benefits could be worse and they are forced to take them. Cutback like no more company paid mobile devices and cell phones....Too many changes and I do see people leaving now that the economy has picked up. When it was bad most stayed put because a job was a job. Now....who knows
[-]

Let's be realistic here. Please. There's a pay gap between men and women (and some pretty lousy pay for the men to begin with) because the upper echelon gets away with it. I don't know any dumb women; I don't know any women who aren't qualified for their jobs. So why do they getting less for their work...?

Parity won't kill profits, though it might shave a few cents in the short term. But it buys happier employees and better work conditions and that's for the very long term. A fair deal, I say. I also say we make up the added costs by reducing executive pay.
[-] 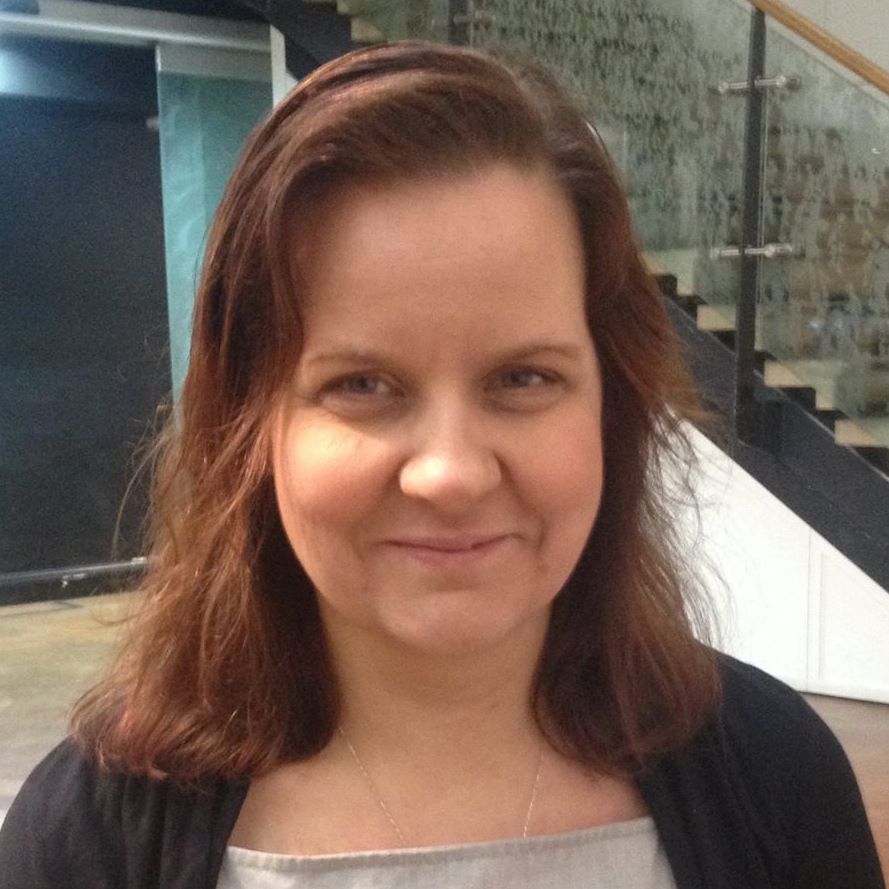 maaretp - 12 May 2015 2:47 PM
Even if I'm a woman, I'm contributing to this topic from a different angle. I have taken a personal pay cut twice to even out the parity for people who have been less equipped to fight for themselves. I feel that in the long term it has worked more in by favour than against me.
From passing on my bonuses I've learned that some organisations are more flexible in people using their personal freedom to decide on things. For one organisation, I just needed to answer if I was sure, and on the other one, I needed to work a lot to get things done as I felt was right. In both cases, I was working with a fixed bonus budget, where I got my share but felt that invisible work should be rewarded more than a leadership role.
Would I expect anyone else to do this? No. Would love to hear if anyone did though.
[-]

ToddN2000 - 12 May 2015 3:03 PM
Bonuses are a sore subject for me. Granted some people count on this as part of their salary. I worked for one company years ago, that offered bonuses on cost saving measures. A secretary came to me and asked for a bunch of statistical data for a 10 year period.I though it came from the VP she worked for. I provided her all the detail, spreadsheets and images of corresponding paper work. I turned it in to her and she then gave it to her boss. She got a sizable bonus and I got nothing but a thanks from her. She had the idea , I did all the work. Another reason I am a little hot on the bonus issue. I know people who have gotten bonuses large enough to buy a new car. That is great for them but makes for a hostile work environment for some . They worked for an insurance company. So where does all that bonus money come from ? Our higher premiums.  If everyone is working for the good of the company I feel the bonuses should be a flat rate for everyone. This keeps everything on a level field. Should a CEO get a 5 or 6 figure bonus while the guy working in the plant making him look good gets a 200-300 bonus ?
[-]

Veretax - 30 May 2015 11:21 PM
I feel as Michael does.  The problem as I see it, is not that individuals would be upset about the possible pay cuts, they would question everything from the process, on down to where they were made.  Even if such does happen,I have to think some people will vote with their feet.  However, I'll remind all ITKE readers that there is more to a job then just the pay.  We may do it for hard earned dollars, but the culture of the team, the work we do, plays perhaps a bigger role then overall compensation, for many of us.
[-]

Smita Mishra - 28 Jul 2015 1:19 PM
To start with , those who are making decisions regarding pay were the ones to make biased and unfair decisions. Why should all the men pay for it. Its very likely that these men didnt ask the employers to pay them more than their women peers. Such gaps created over decades should definitely be fixed but carefully and not just fixed for the sake of it. 2 wrongs wont make it right. However, if there indeed is 'one stroke fix all' solution being offered, it better be that of increasing women pay than cutting men salary. There are fixed commitments of pay outgo made by families (which constitutes of both men and women) based on the amount the man earns. Cutting it is going to be very demotivating for men in themselves and disastrous for the families associated. Bad idea. If my salary would be cut - I would be forced to look for another job to pay for my fixed expenditures and commitments.Simple.
[-]

AlbertGareev - 20 Jun 2016 12:49 PM
Realistically speaking, if an employer significantly reduces the pay, it will send professionals to their competition.
Salary is a result of negotiation. There are men and women who are good at that, and those who are not.
One approach to compensate for the lack of negotiation skills is to have group negotiations and agreements.

On the other hand, women should have extra support options in order to have family and children without sacrificing their career. For example, paid 3 years long maternity leave or 4 work days week paid in full (as 5 days). I'd totally didn't mind if funds for those go out of the common salary pool.
[-]

abuell - 24 Jul 2015 2:33 PM
I am happy with my pay, but the truth is that I don't know how it compares to others in my role. Many companies discourage or even have policies against employees discussing salaries, and this lack of transparency only serves to benefit the company.
[-]

mcorum - 31 Jul 2015 8:29 AM
Although I work in an area where the gender pay gap still has a strong presence, I’m fortunate that the company I work for strives to not only provide equal pay for equal work and experience levels, but also supports and encourages women to apply for leadership roles. I’m with @Ben in that the numbers don’t shock me, which tells me that we need to actively support and work towards equality across the industry.
[-]

AlbertGareev - 20 Jun 2016 12:53 PM
What is unclear: do they ask for less, get satisfied with less, or by default given less? These are different problems and should be addressed differently.