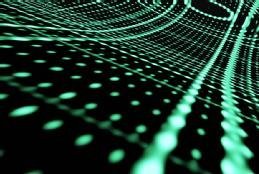 The question about chatbots seems to have always been, "Can this automation technology actually fool a human into thinking it's also human?"

CRM experts, vendors and other industry soothsayers say the question is changing to something more like this for CRM chatbots: "If a chatbot can solve a basic problem and save customers the angst of being stuck on hold and the CRM team the cost in human bandwidth, does it matter how 'human' it comes across?"

The gold standard in determining chatbot "humanity" and the effectiveness of conversational artificial intelligence is the Turing test, developed in 1950 by Alan Turing, the noted computing and AI futurist. Turing first made tech history by helping Britain crack the daily changed German Enigma code and other encrypted messages that governed military movements, ultimately contributing to the Allies' victory in World War II.

For Facebook chatbots and those on other social and web platforms that comprise ground zero for AI in marketing, sales, service and even e-commerce, the bar is much lower than the Turing test. Customers know they could be dealing with bots most of the time and are willing to work with them for basic tasks like checking a bank balance, changing a password or ordering a pizza.

So why is Facebook Messenger the place where companies are testing and implementing chatbots? It seems that most customers are on that particular social media platform, and its Messenger chat API makes it more straightforward to build a bot bridging the company and its Facebook page.

Therefore, the stories that follow in this handbook on CRM chatbots delve into the relevance of the Turing test for bots -- whether they're Facebook chatbots or living in some other virtual space -- and just how human they need to be.

Chatbots find a beachhead on social sites as customers seek information and customer service there. But are these bots 'human' enough to get the job done?

Future of artificial intelligence in CRM rests with the bots

Do customer service chatbots need to pass the Turing test?

Experts say organizations should focus on enhancing the customer experience with chatbots -- not so much on passing the legendary Turing test for artificial intelligence.

Automation and notification processes are increasingly being left to chatbots, providing employees with clearer project updates and leading to less monotony.